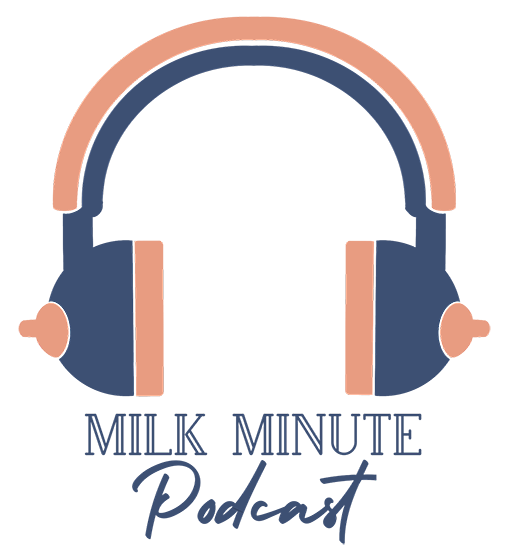 BONUS: Personal Stories from our Listeners about WIC

Listen to this episode here or subscribe & listen on Apple Podcasts

This is Maureen Farrell and Heather ONeal. And this is The Milk Minute. We’re midwives and lactation professionals bringing you the most up-to-date evidence for all things lactation. So you can feel more confident about feeding your baby, body positivity, relationships, and mental health. Plus, we laugh a little or a lot along the way.

So join us for another episode. Hey, everybody surprise. We’re here mid-week with a special bonus episode of The Milk Minute Podcast. Turns out we ran out of time in our history of WIC episode to include some testimonials from our listeners about their experiences using the WIC program. So here you go.

Okay, well, can we hear what some other people think about this? Yes. So I reached out to our Facebook group Breastfeeding for Busy Moms. And I asked if anybody had any stories about their experience with WIC and they said I could read them. Yay. So the first one I want to read is from a dear friend of mine named Lindsey Elliott. She had triplets recently. Ooh. And that’s a lot. If that isn’t just an automatic WIC qualifier it should be. You’re in Lindsey.

So she says, “We were able to get WIC since my whole leave is unpaid. They cover $47 worth of fruits and vegetables for me a month, as well as other grain, milk and cheeses, with a limit. Since I’m still breastfeeding and pumping and because of having three babies, they cover 27 cans of formula a month as well.” And I did the math, by the way, that’s like $540 a month in formula for one person, well for three people.

“I thought they’d just provide help while I was on leave, but they’re providing help for a year. At my first appointment after they got it in the system and went over logistics, they checked on my health, temperature, blood pressure, sugar, and asked how I was handling everything.

“I went home with a bag of freebies as well. I had slash am having a great experience. We fly through formula and it’s saving us so much money a month, not to mention fruit and vegetables are expensive. So I was putting good food on the backburner and with the WIC, I’m able to get them and eat them more often.”

So I said, that’s amazing. Tell me more about the cheese limitations. And she said, “well, I just meant in general, there are limitations, not just with cheese. Sometimes they’re picky about brand, size, et cetera, but there’s a cool app now. So if you’re not sure if it’s covered or not, you can scan and double check before you get up to the front.”

I do want to also mention on that note. So if you’re in the grocery store, those tiny price tags on the shelf, there will be a little sticker next to it that says WIC approved or whatever. If you are looking and you’re not a WIC recipient, and it looks like they’re almost out of the thing that is approved by WIC, please do not buy it and buy something else. Because this happens all the time where people will go in with trying to spend their WIC money and they literally cannot buy anything. Here’s an example. Hold on, I got one. I’m glad, glad it was on topic. Let me pop over here. Here we go.

So this one is from Mac Lisa. She says, “hello, Milky Mama.” Hello. She says, “I’m a mom of four. Fourteen, twelve, one, and a newborn. I am now on WIC with my youngest who is almost four months now. I had a traumatic AF birth and just could not produce enough milk for my baby, what I say was my second trauma.” Yeah, that’s very traumatic when you can’t provide. That’s interesting. A second trauma. I’ve never thought about it that way.

“I so wanted to nurse. She is my very last baby and it’s been emotional. WIC has come a long way since I used it 14 years ago as well. They now use a debit card instead of paper checks.” That’s handy. Thank God. “They also now provide fresh produce, which is wonderful for a lot of families I’m sure. And the cost of formula is horrendous if you can even find what you need stocked in stores, but there’s a good bit of hoops to jump through. They want doctor records and a ton of income info, and it can be very frustrating. You have to recert every other month. We have never been able to find the bread in our local stores like never, ever, because apparently every bread company makes their loaves much larger than WIC will pay for. 16-ounce loaf of bread.

I challenge you to find one in your local store. Oh, and it must be whole grain. I get that they want healthy foods, but come on, allow substitutions for the damn bread.” Right? Food is like, any food is better than no food. Right? Well, she does say, “Needless to say, I’m not sure how I would be able to afford the formula she needs without WIC.

So I jumped through the hoops and do what’s needed. I’m a single mother and it’s all on me to figure it out. I’m somewhat educated and think I’m pretty smart. And it’s not easy. I know there’s a lot of people who just can’t get the things done they ask. So assuming there’s a lot of people slash babies that just can’t use the resources available because it’s not easy.”

And she says, “I’m in Pennsylvania. Don’t think that matters. Thanks!” Yeah. I mean, she makes a really good point that basically accessing any social service, whether it’s WIC, food stamps, disability services, it sometimes is impossible. I mean, it is ridiculous. Well, you’re lobbing it up for me here because that goes right in line with the next one.

So this one is Dora Baker. She’s in Ohio and she says, “I was on WIC with the middle child and with this one I refuse to. I only work part-time and would qualify, but they make you feel bad for asking for help. They ask me why I don’t make more.” And I’m assuming she means money.

“I try, but I can’t get the hours my store is willing to give me. I felt like a number. Rushed and pushed out the door. I would rather go without and make sure my baby has what they need than ever ask for help from them again. I’m sure it’s not the same at every office or state.” Yeah, seriously. Like I said before, conditional help sometimes is not better than no help.

Yeah. It is really hard and we’re taking a vulnerable population and if we’re not supporting them emotionally as well as nutritionally, like what are we doing? Hmm. All of that’s very interesting. And if I was running a WIC office, I’d want to know that. Yeah. And actually, I forget what episode it was that we talked about this, but they did an audit of the breastfeeding education at the WIC programs and found that it was actually pushing people away from breastfeeding because compared to the formula feeding class, it sounded much more complicated.

So when they actually looked at it, they were like, oh wow. WIC is actually accidentally talking people out of breastfeeding because they’re making it seem so much more complicated than formula feeding, which is why these audits are really important.

So, anyways, I hope this brought to light some of the issues surrounding the WIC program, gave you some context for the program itself, and maybe gave you some hope that we can institute some new programs in the future that’ll help with some of our issues.

Well, thank you guys for tuning in midweek for our little bonus episode, and we will see you back at our regular broadcast day on Friday for a whole new episode of The Milk Minute Podcast. Bye.

Get behind the scenes access and exclusive perks when you support us on Patreon!

join us on Patreon!
milk_minute_podcast